Questo sito utilizza i cookie anche di terze parti che ci aiutano a fornire i nostri servizi, clicca su +Info per saperne di più o negare il consenso
Continuando sul sito o premendo su OK presti il consenso all’uso di tutti i cookie
The Area
Just a short walk from the Residence…
The pure Calabrian sea is just one of the features that make this area extraordinary: the cultural heritage, thearchaeological sites, theartisanal products, the gastronomical culture, the natural beauty, both excite and enchant visitors and make your stay in Calabria an experience you have to try, and will want to do again.
Here are some of the most beautiful places in the surrounding area, with the distance from our residence.
⇓
Soverato (2 km)
Soverato, a beautiful town in the province of Catanzaro, is one of the most important places along the Ionian coast, not surprisingly it is known as ‘The Pearl of the Ionian Sea‘, thanks to the fascinating views and panoramas. As well as the coast, you can glimpse the mountains that rise up along the horizon, adding to the natural beauty of this area of the gulf. In 2008 the Regional Marine Park ‘Baia di Soverato’ was created to protect the biodiversity of the animal and plant species that populate its clean waters: these include numerous seahorses and some rare fish native to the area, such as the needlefish. The old centre of the town, previously ruled by the Normans and Aragonese, has preserved numerous works of historical and artistic importance, such as the Maria Santissima Addolorata Church. During the month of August, in the old part of the town, we celebrate the folklore festivals, an experience not to be missed when you can try the delicacies of the local cuisine, by visiting one of these fascinating villages.
⇓
Squillace (16 km)
Founded by Ulysses and only a few km from Soverato, in the backcountry of the gulf from which it takes its name and on a granite cliff dominated by the remains of a Norman castle, Squillace awaits you to admire its prestigious marble works in the churches and cathedral, which form an important part of the religious history of Calabria. You can’t miss a visit to the local artistic ceramic workshops established by the art school students, and which are located in the town.
⇓
Stalettì (9 km)
In the centre of the Squillace Gulf, just a short distance from Soverato, emerges this attractive town noted for the beauty of its cliffs, which rise from the water : Copanello, Caminia and Pietragrande are some of the most well known along this strip of sun-kissed earth. The natural splendour of the area combines with the high quality of activities for tourists: renowned restaurants, nightclubs, and modern sports facilities set in a landscape of incomparable beauty, all make this area one of the most visited tourist places in Europe.
⇓
Roccelletta di Borgia (16 km)
Located in the “Scolacium Archaeological Park”, one of the few of Calabria, Roccelletta spread over an area of 1 km², with monuments of great historical and artistic relevance: the Theatre of the first century A.C., the Forum, the Basilica, the monumental fountain, the Capitolium. A great archaeological relevance is attributed to the basilica of S. Maria della Roccella, about 70 meters long and without roof. In part still shrouded in mystery,  reminds the ancient Arab-Norman structures.
⇓
Serra San Bruno (38 km)
The original heart of the countryside is made up of ancient houses built by workers who, around the year 1000, were working on the construction of Certosa, on the initiative of San Bruno of Colonia. These are his own words to describe the beauty of this landscape: “…the pleasantness of its mild climate, of the vast and agreeable plain which stretches a long way between the mountains…the view of the hills which gently rise across the countryside, the shady valleys with their rich rivers, streams, springs, other water sources, a variety of fruit trees…”
Today you can also enjoy its abundant and fertile nature, with its streams which cross through the beechwoods, chestnut trees and woods , where hundreds of white firs form a thick forest. And by visiting its 9 amazing churches, the Certosa and its Museum, you can immerse yourself in the thousand year-old religious spirit of this magical place. 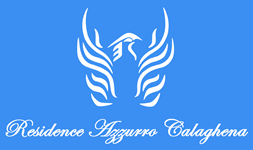